How Social Media Has Changed Marketing Looking back two decades, the marketing world was a different place. Advertising was typically found on TV, radio, billboards, and print media.

Back in 2005, only 5% of the US population was active on social media, that figure has now risen to 72%. Social media use has become ubiquitous, an exponential growth that has given birth to social media marketing.

But how have the benefits of social media brought about change in marketing?

Let’s take a look at how social media has changed marketing.

Before we look at how social media has changed marketing, we first need to explore the world of marketing as it was before the inception of social media.

Digital marketing did, of course, exist prior to the birth of social media. However, this was hugely limited both in its effectiveness and its application.

Search engine optimization in the days before social media would largely be regarded today as black hat techniques. Examples of this would be keyword stuffing, overuse of tags, and content filled with backlinks.

Non-digital formats were still the dominant form of marketing. Businesses relied heavily on forms such as telephone marketing, as well as TV, radio, and print advertising.

What Impact Has Social Media Had on Marketing?

Social media’s primary purpose in the early days was as the name suggests; to build social connections between users. Platforms were there for people to network. Businesses and ads didn’t have a place in the early news feeds of platforms like Facebook and Twitter.

Over time, social media evolved from a place to connect with friends to a place where you could follow brands, influencers, and celebrities that you resonate with.

Following this paradigm shift, businesses began approaching these platforms in a different way.

Traditional marketing is somewhat limited because it is one-sided in its communication.

Businesses never got to see how their current and prospective customer base feels about their business or their advertising. Unless, of course, they invest heavily in carrying out market research.

Modern social media marketing lets people post their views on the business in comments. Therefore, changing marketing efforts becomes easier if a business is met with primarily negative feedback about a particular campaign.

Social media opens up a wealth of possibilities to gain feedback from customers; from customer reviews to comments, likes, and shares.

Paid and Organic Campaigns Together in One Place

Most businesses want to run ads occasionally and social media lets you run ads and free campaigns in one place. Content can be shared without it being promoted, or you could supplement it with ads to help to find a wider audience.

Since ads are targeted at specific demographics, you can use them to drive the right users to your account. For example, you could directly target demographics based on activity on the platform, interests, as well as psychographics.

Paid advertising has grown massively on social media because of the access it provides to big data. Traditional marketing has historically only been able to target a wide audience. Therefore, many of the people that you’d reach won’t be particularly interested in what you’re offering.

Throughout the growth of social media, the data provided to businesses has become more detailed. Big data means you’re not only seeing who responds to your marketing messages, but you’re also able to use all their information to inform and improve your marketing.

Changes can be made to your marketing strategy as data is received. Tweaks can be easily made to the audience you’re targeting as well as your message and the times that you deliver your content.

Access to big data helps remove the guesswork from marketing. Big data can be used to ensure that every campaign is an improvement on your last.

Customer Services and Marketing Can Connect

In the past, customer services used to be a separate entity to marketing, however, now the two can often be impossible to separate. Users are reliant on social media as a channel to communicate with companies.

Many people who have a question they need to ask a company will dread the prospect of having to call them. Often, making a phone call involves waiting in a queue for a long time.

Social media has eradicated the waiting time. Now, customers can drop businesses a message and the company might respond with a message back.

While the response isn’t always immediate, the whole process is made easier and the customer isn’t left sitting at the end of the phone waiting for an answer.

How Social Media Has Affected Business

Through the use of social media, companies are now able to show their human side and as a result, develop a deeper connection with their audience. Companies might share behind-the-scenes looks at their business, or take a stand on a social issue.

There are no limits to who you can reach when your business uses social media in its marketing. Geographical barriers are completely removed. You can target customers on the other side of the planet in much the same way as you might target someone in your own town.

How Social Media Has Changed Marketing

Social media has revolutionized the internet marketing landscape. It has opened up two-way communication between brand and audience. It has also given businesses full control over who they wish to target with their advertising.

Now that you know how social media has changed marketing, it’s time to start driving your business forward using these tools.

For help with your social media marketing strategy, get in touch today. 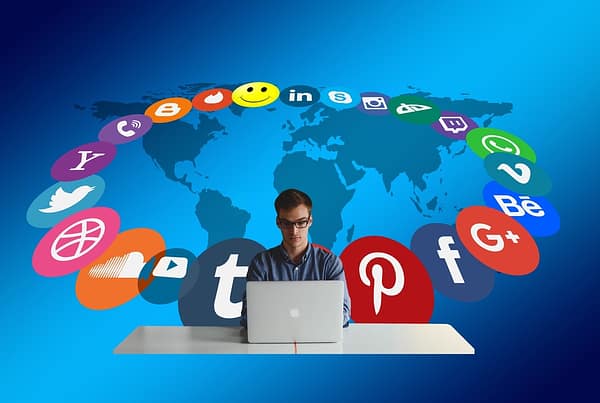 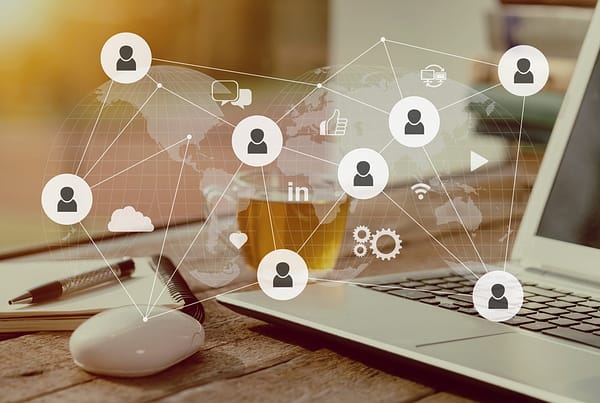 How to Increase Social Media Engagement for Your Business

Competitive Market Analysis: What to Know

This website uses cookies to improve your experience while you navigate through the website. Out of these cookies, the cookies that are categorized as necessary are stored on your browser as they are essential for the working of basic functionalities of the website. We also use third-party cookies that help us analyze and understand how you use this website. These cookies will be stored in your browser only with your consent. You also have the option to opt-out of these cookies. But opting out of some of these cookies may have an effect on your browsing experience.
Necessary Always Enabled
Necessary cookies are absolutely essential for the website to function properly. This category only includes cookies that ensures basic functionalities and security features of the website. These cookies do not store any personal information.
Non-necessary
Any cookies that may not be particularly necessary for the website to function and is used specifically to collect user personal data via analytics, ads, other embedded contents are termed as non-necessary cookies. It is mandatory to procure user consent prior to running these cookies on your website.
SAVE & ACCEPT